UPDATE: Pictures from the February 3, 2019 celebration of the opening of a new school in the indigenous Xinca village of El Cuje!  Thanks to El Cuje for inviting us to the celebration, and thanks to our donors for helping start this new school! 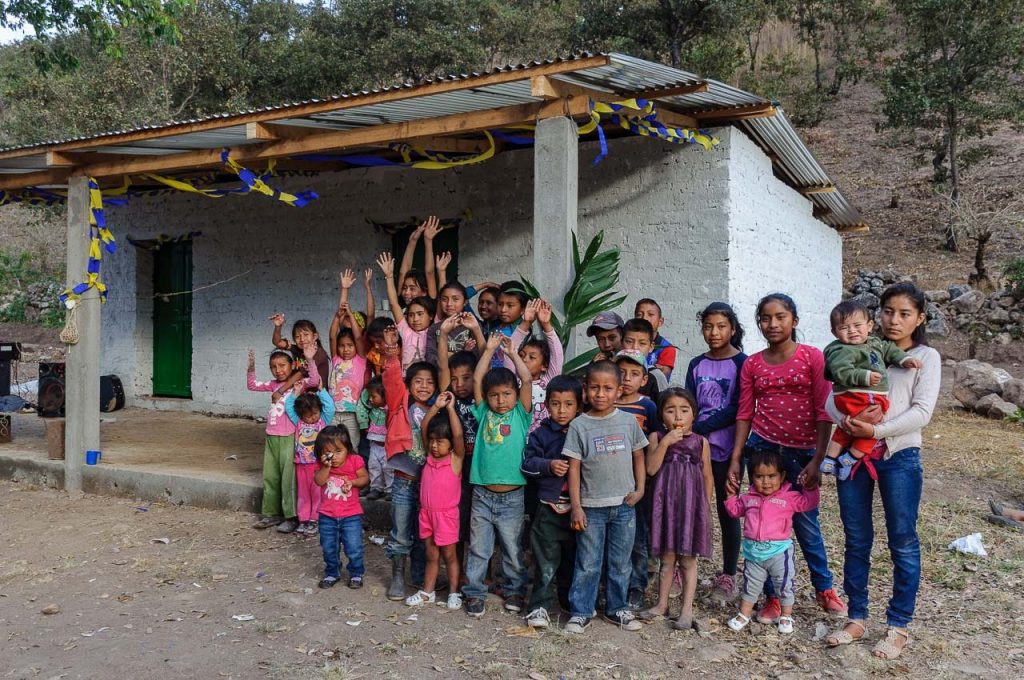 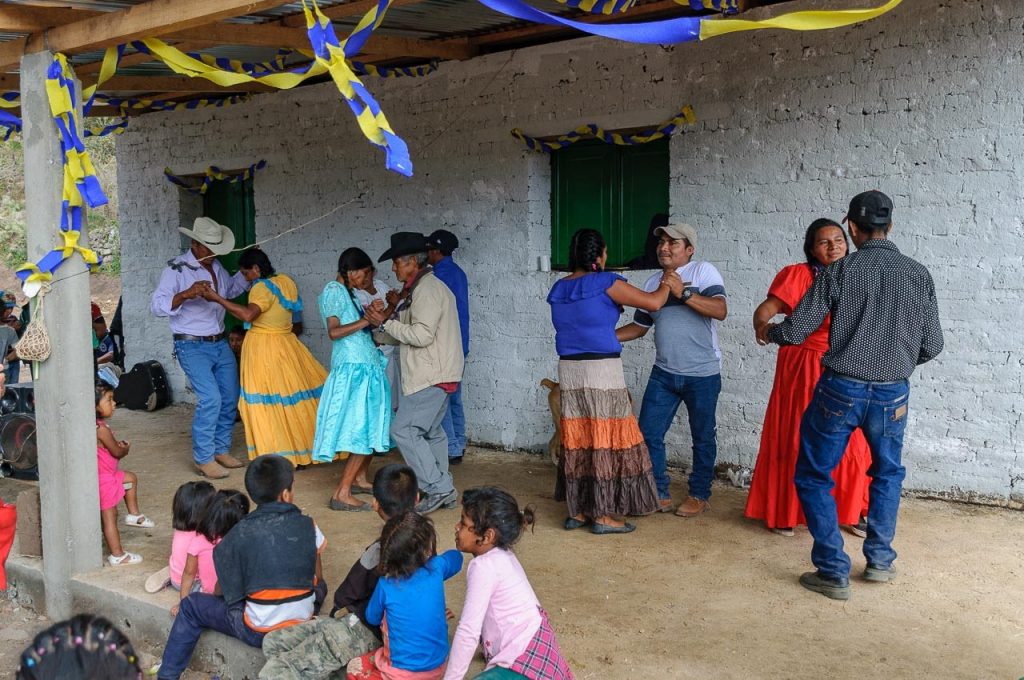 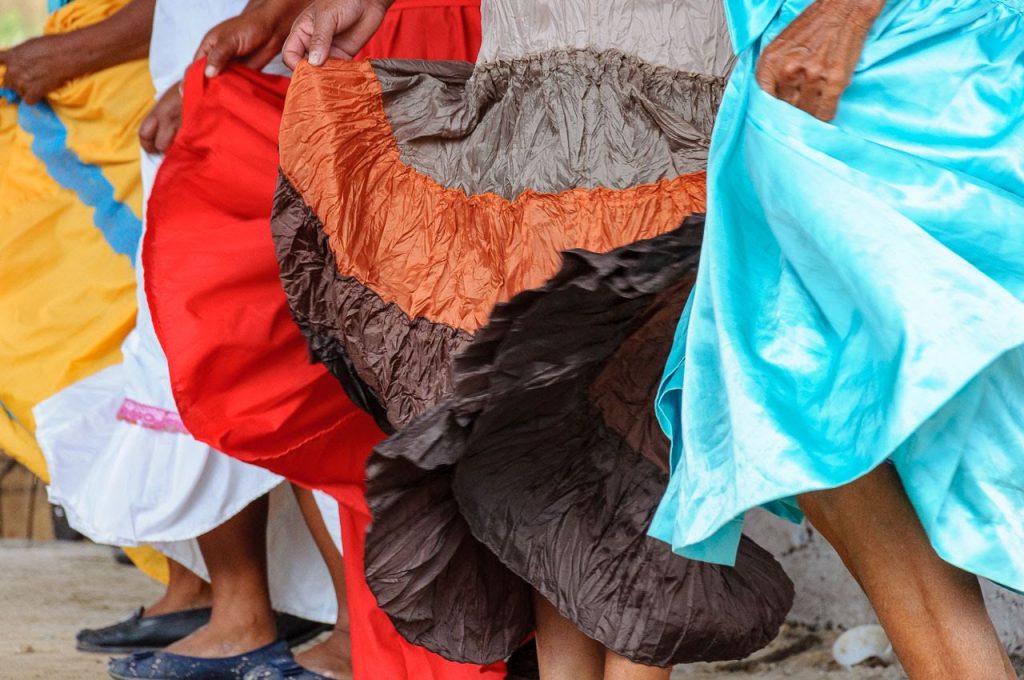 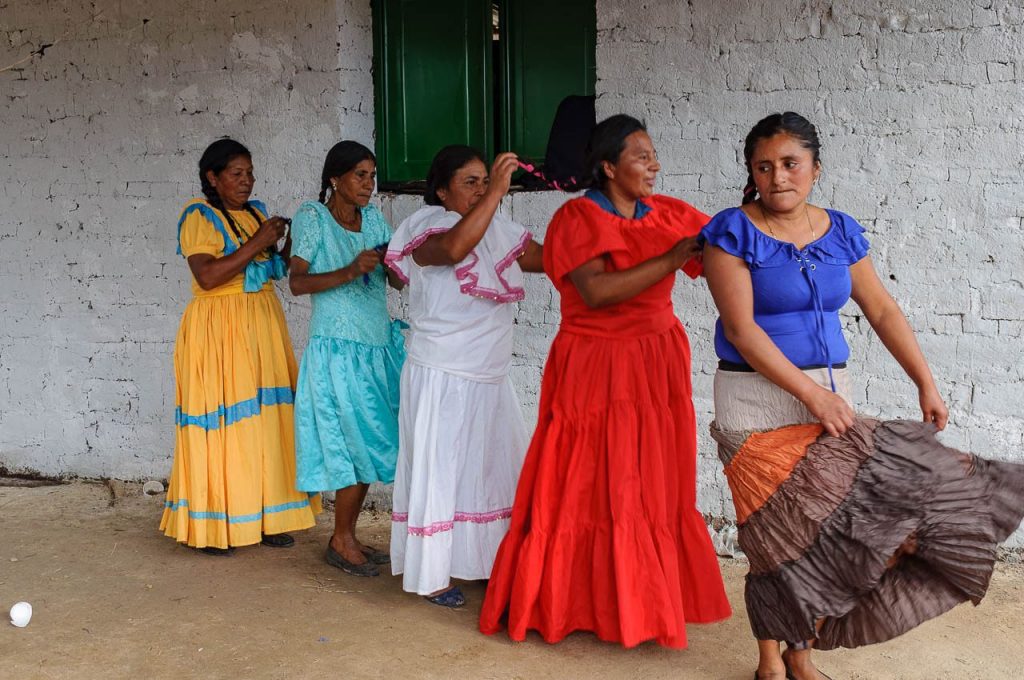 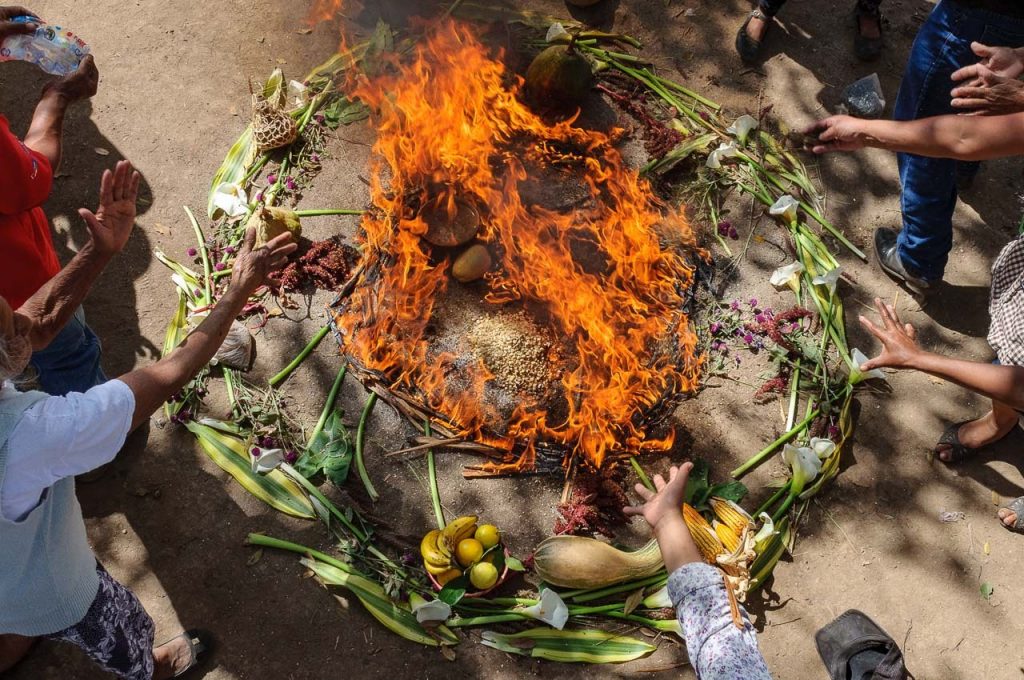 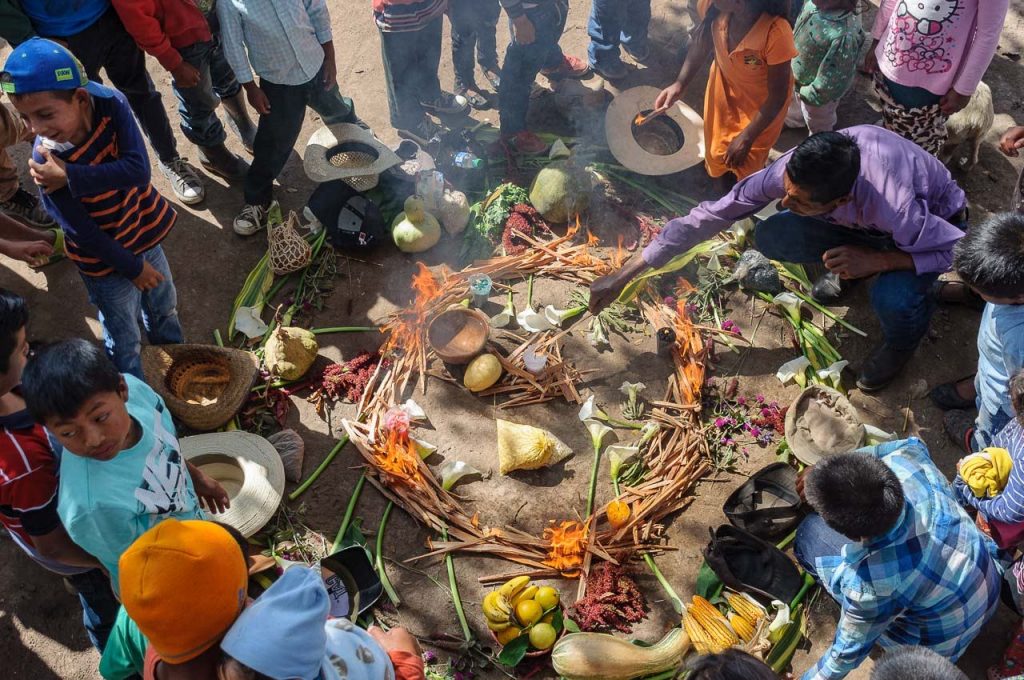 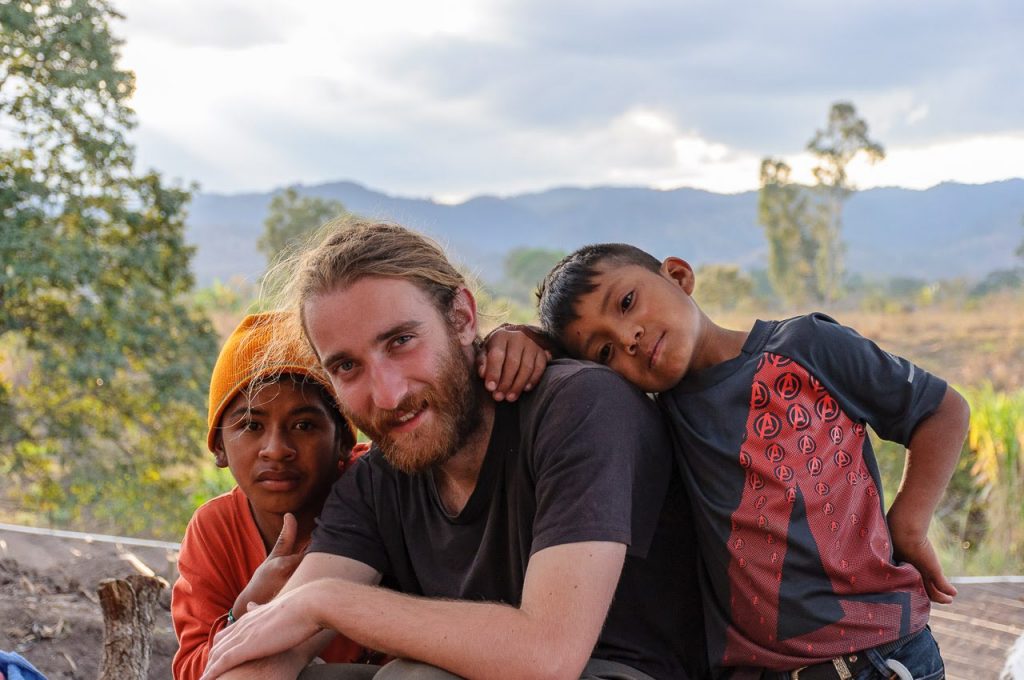 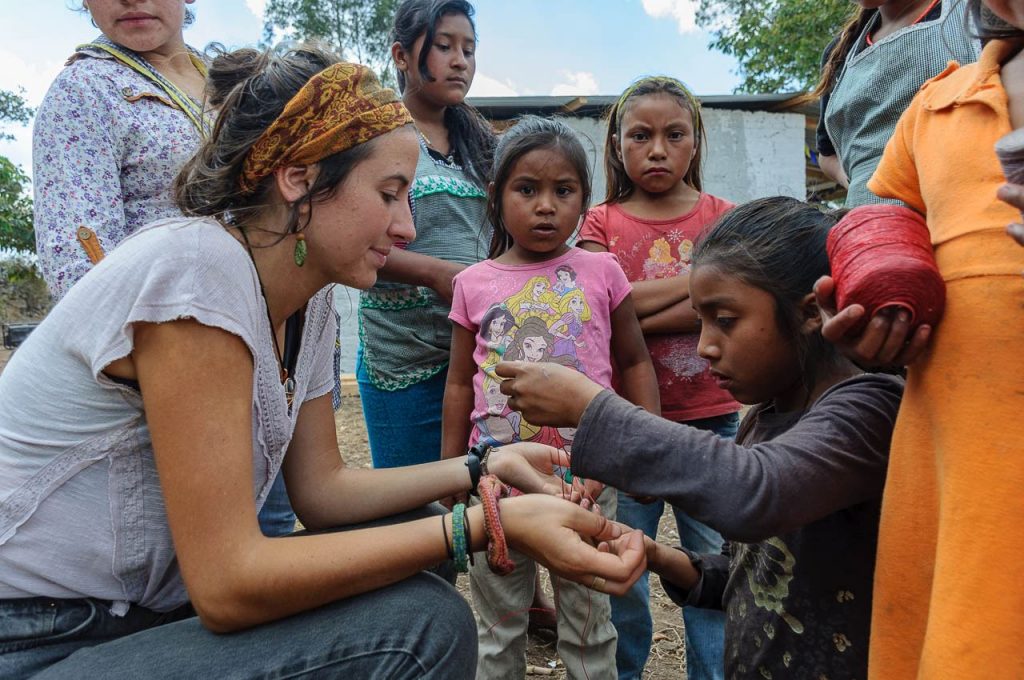 Indigenous Guatemalan Children Die in US Custody: Help us Provide Schools not Jails for Indigenous Communities in Guatemala 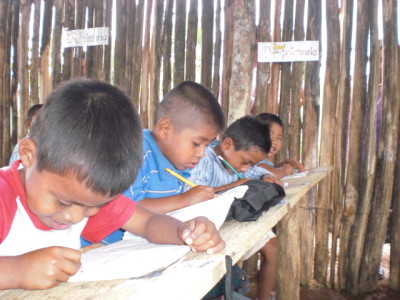 In recent days, two young indigenous children from Guatemala have died in US custody after seeking asylum. But 7-year-old Jakelin Caal Maquin, from a small village close to where our two new schools may be closed, and 8-year-old Felipe Gomez Alonzo did not only die because of a broken immigration system. While there has been a very public debate in the US over how to respond at the border to the thousands of migrants seeking to enter the country, there has been very little discussion about improving conditions in Guatemala so that parents don’t have to take the desperate act of fleeing with their children to another country. In this quarterly report we focus on four areas we are working on to address this issue, and how you can become involved in each. 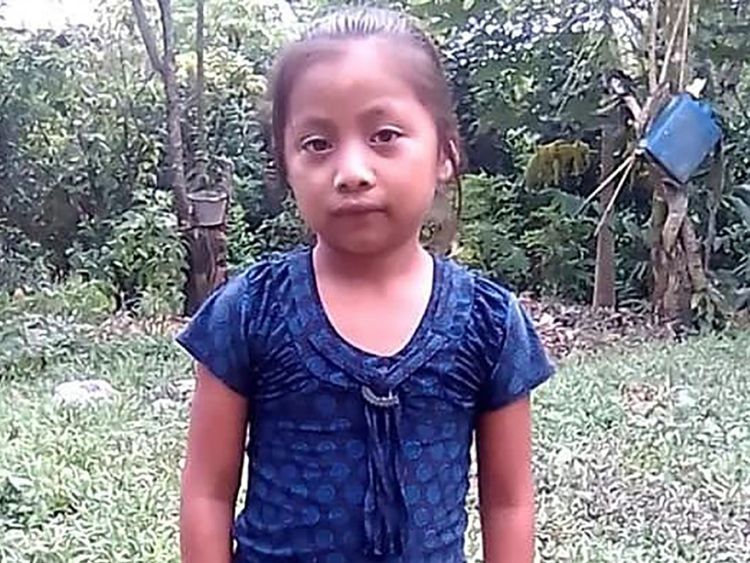 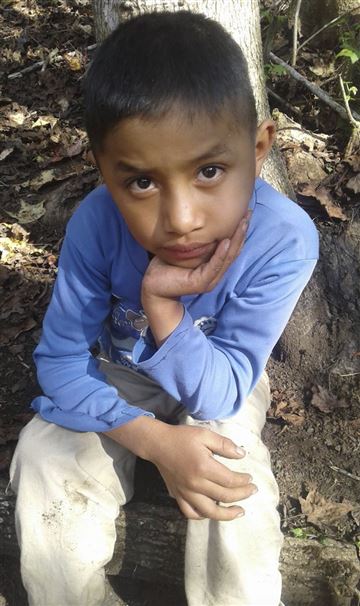 ***Schools not jails for indigenous communities

In February 2018 we supported the opening of two new elementary schools in the Q’eqchi’ indigenous communities Sibija and Xejbal Monte Blanco after years of the government ignoring their requests for a school. A contract signed by the Department of Education assured that the schools would be officially recognized, and promised that after two years the government would fund their operation. We have helped open six schools in the past, and our experience is that after a year or two it is possible to force the government to fulfill their responsibility of running the school.

The school buildings are very simple, constructed by each community along with handmade wooden desks and benches. In many communities people have asked us not to invest a significant amount in physical infrastructure because the government and private companies may burn it down. Schools in other partner communities have been burned down in government-backed attacks.

What the communities do need is support in paying teacher salaries. We were able to pay these salaries in 2018, but we do not have funds for the 2019 school year which begins in Guatemala in late January/early February. If you and other donors contribute, we will be able to keep these schools open. If not, they will be forced to close. Visit our new GoFundMe page to contribute to this specific effort

In nearly all of our partner communities, the most outspoken leaders and human rights defenders have arrest warrants against them on false charges. In prison they have faced beatings, denial of food and denial of medicine.

On November 9, indigenous Q’eqchi’ leader Bernardo Caal was sentenced to seven years and four months in prison. His crime was speaking out eloquently against the violent theft of natural resources from indigenous territory. Just in the rural municipality of Purulha, Baja Verapaz, Guatemala, 69 indigenous leaders from our partner communities have arrest warrants for the “crime” of opposing the theft of their lands.

We are collaborating closely on the ground with our partners to avoid arrests and to win freedom for political prisoners. It is important to take action immediately when a community leader is arrested as there is a much greater possibility of winning their freedom before they have been sentenced. We have had success in winning freedom for numerous indigenous leaders this year by taking quick action in collaboration with our partners. Please consider joining our Urgent Action email list so we can notify you of actions to take under these circumstances. You can join by sending an email to info@guatemalasolidarityproject.org and writing “Add to urgent action list” in the subject line.

We have made a commitment to visit political prisoners at least once a month and delivering a small amount of funds for food, medicine and/or clothes during each visit. Please consider making a donation via our website so that we can continue this important support.

***Action from US congress

Join GSP lobby: send an email to info@guatemalasolidarityproject.org with the word “lobby” followed by your zip code in the subject line

The violent history of US support for genocide and the overthrow of democratic governments in Guatemala has been well documented. However, current US support of the Guatemalan military and an economic model based on the exploitation of natural resources in indigenous territory is ignored.

The US continues to train Guatemalan soldiers at the US Army School of the Americas in Ft. Benning, Georgia, despite the military’s repeated violations of the constitutional rights of Guatemalans. Earlier this year military vehicles donated by the US were sent to encircle the headquarters of the United Nations International Commission Against Impunity in Guatemala (CICIG) after it announced it had evidence of corruption against President Jimmy Morales. While massive protests have called for the arrest of Morales, the US has moved closer to his administration. As an example of how tight the alliance has become, Morales moved the Guatemalan embassy in Israel to Jerusalem just two days after the US moved its embassy, becoming the first country to join the US. Many Guatemalan political analysts believe the Embassy move was done to insure US support for the Guatemalan government’s opposition to the CICIG’s work.

November’s elections in the US brought in several new congresswomen who made it clear during their campaign that they are willing to challenge US support for human rights violations abroad. While we will not use any donations to support this effort, GSP volunteers will be working hard in the coming weeks to build a coalition in congress to oppose US-backed repression of indigenous communities in Guatemala. Earlier in 2018, 29 members of congress joined us in denouncing violence against indigenous communities and the arrest of indigenous leaders. This year we want to expand this coalition and take advantage of the new majority in congress by demanding concrete action. We know that we can be successful by organizing in the coming weeks as the new Congress begins its session, which is why GSP volunteers will visit over 100 congressional offices in January. But we can only be successful with your support. If you are interested in collaborating in this work please send an email to info@guatemalasolidarityproject.org with the word “lobby” followed by your zip code. It is helpful but not required for you to include your phone number as well. 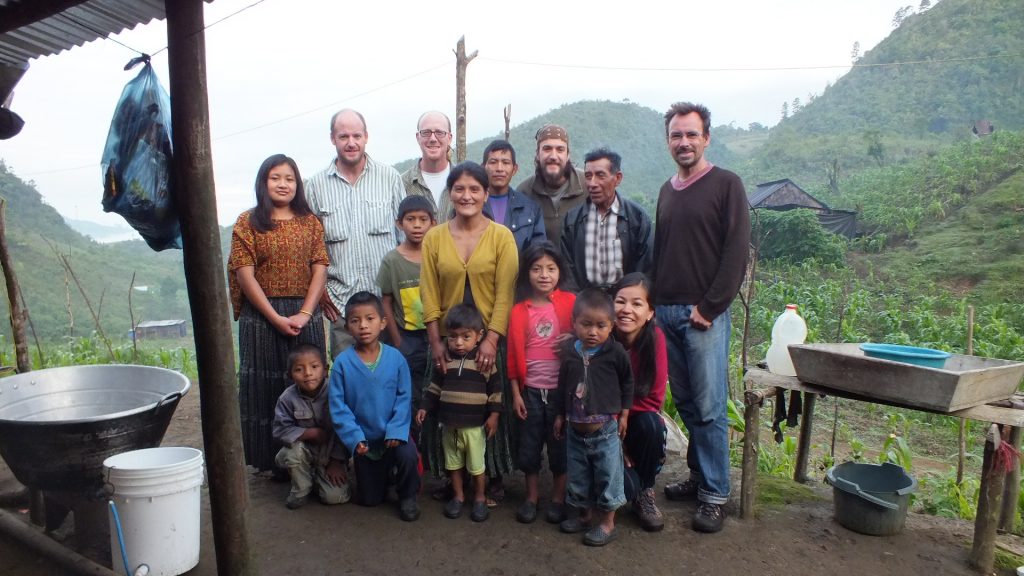 The Guatemala Solidarity Project is looking for health care students and professionals, activists, journalists, musicians, and other people of conscience to join us this summer in Guatemala for our Health Care Solidarity Delegation. The delegation will be for 11 days in June of 2019. Additional volunteer and Spanish language study opportunities are available as well.

You do not need to be a health care professional or student to participate in this delegation. The purpose of the delegation is to continue our work in solidarity with primarily indigenous and peasant communities who are organizing to rescue and recuperate Mother Earth and their ancestral land rights in Guatemala. As a result of repression and land theft these communities are facing extreme hunger and lack access to clean water, leading to widespread chronic malnutrition and other negative health consequences. Mental health consequences of genocide, forced displacement, imprisonment of community leaders and other forms of repression have also been significant.

This delegation will focus on the work being done by nurses, doctors, community health promoters and other health care providers and advocates. We will also specifically address land rights, indigenous rights and other structural issues causing massive health disparities in Guatemala.

The delegation will advance our solidarity work related to health issues. Much of this work is centered on clean water, especially the use of ecofiltro water filters. The trip will include visits to hospitals, clinics and other institutions in Guatemala City but will take place primarily in rural Guatemala. We will support health care workers in delivering care. We will meet with midwives and practitioners of natural medicine and discuss the role of indigenous knowledge of health. We will also visit indigenous leaders in prison and discuss health issues related to the criminalization of indigenous and environmental activists.

Goals of this delegation include supporting the delivery of health care and educating participants in issues related to health care and health disparities in Guatemala. During the delegation we will also form an action plan with concrete steps to continue to work in solidarity with our partners after the delegation ends. We understand that participants have their own previous commitments, bills, jobs, families, etc. Some participants may do as little as write a few letters after the delegation while others may spend months or years in Guatemala. Actions may include publishing articles and videos; organizing informational presentations in Guatemala, the US and other countries; participating in fundraising efforts in support of the communities we visit; participating in civil disobedience; lobbying US Congress against military “aid” to Guatemala; collecting petitions; pressuring multinational banks such as the Inter-American Development Bank to stop funding theft of indigenous lands; assisting with translation; assisting with research; and other solidarity actions.