Take Action: End the US-Backed State of Prevention in Guatemala!

August 3, 2020 update: This weekend 22 month old Joselin Nohemi Coy Yat starved to death.  Joselin, pictured below when our health team visited the community in June and found widespread malnutrition, is from the community Bella Flor which is located in Panzos.  Panzos is one of the municipalities under the military State of Prevention.  We had planned to return in the previous weeks to bring urgently needed medicine, vitamins and concentrated proteins but because of the US-backed military suspension of constitutional rights we were unable to travel.  We therefor consider Joselin’s death from starvation to be murder by the Guatemalan government with support of the US government.  The State of Prevention will cause increasing malnutrition if it is not ended.  Please take the actions at the bottom of this page. 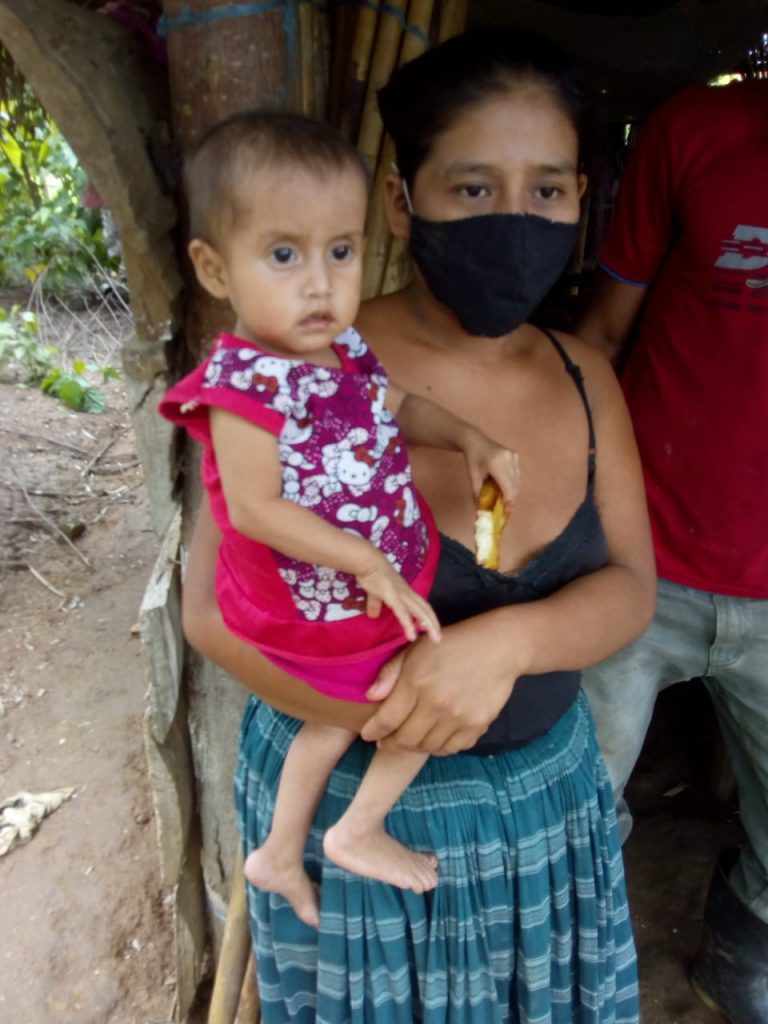 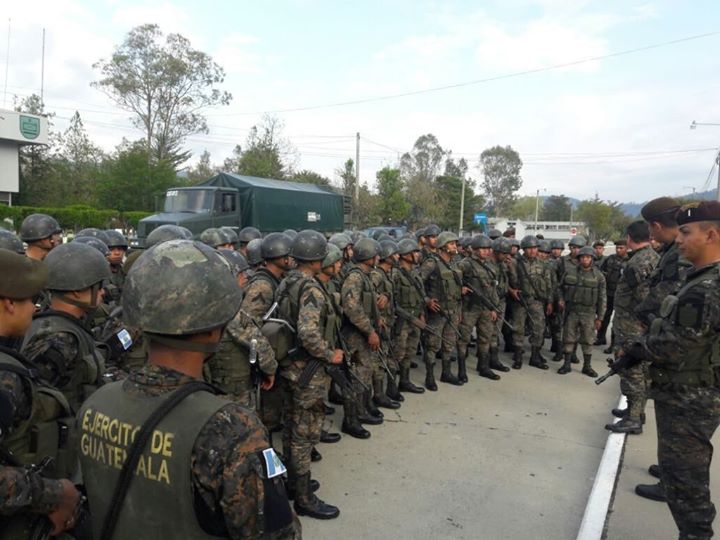 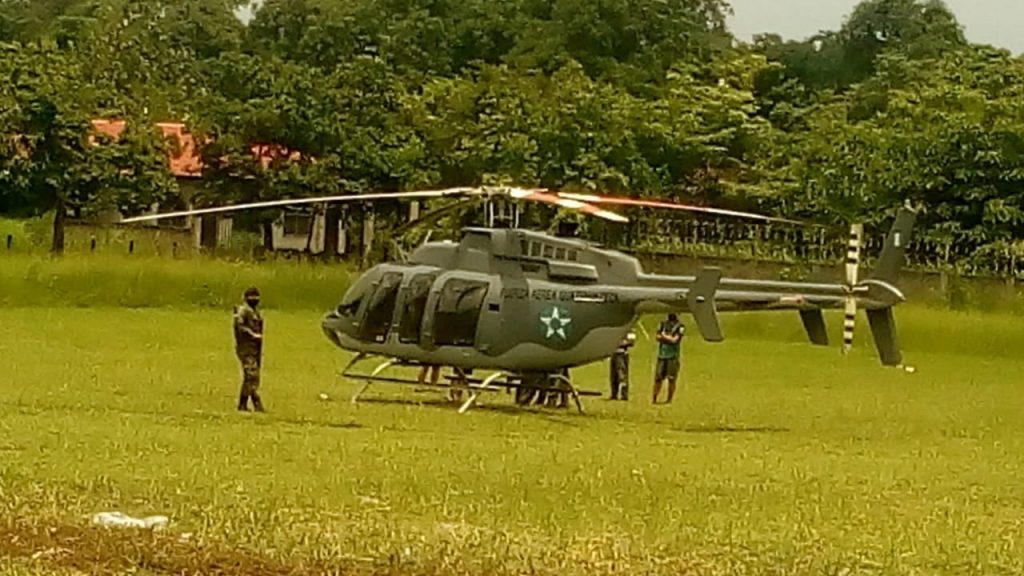 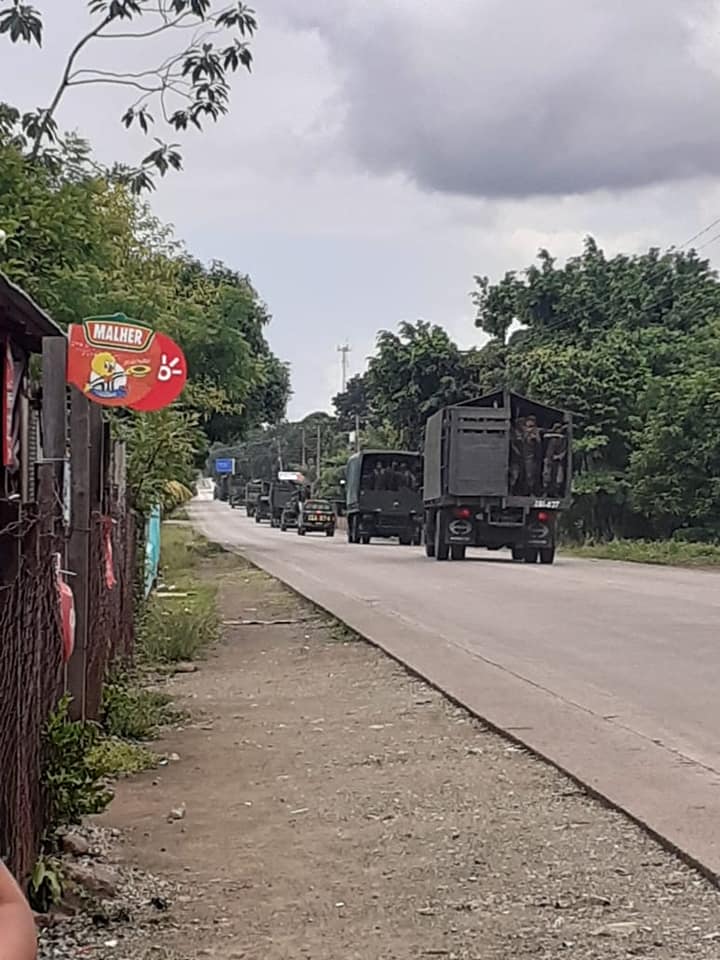 On July 19, Guatemalan President Alejandro Giammattei declared a State of Siege in northeastern Guatemala, primarily in indigenous Q’eqchi’ territory where mining, African Palm and other multinational companies have been illegally stealing land.  The State of Siege serves to support these companies in their efforts to loot natural resources in the area.  Under the siege, freedom of speech is suspended and the military has the authority to conduct searches of homes and make arrests without warrants.

In June of 2020, Guatemala’s Constitutional Court ruled that the multinational Guatemalan Nickel Company has been operating in the area illegally since 2004 and must immediately suspend operations.  The company is facing multiple court cases including the use of gang rape against indigenous leaders and environmentalists, arson attacks against indigenous communities, large scale environmental crimes and murder of indigenous leaders.  The company continues to operate illegally, and the State of Siege will further prevent indigenous communities from speaking out against human rights and environmental atrocities committed by the company. 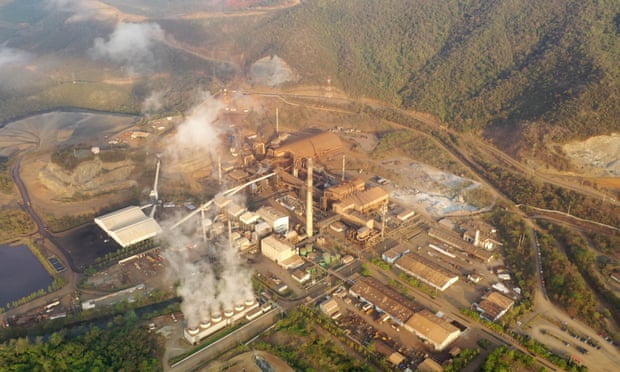 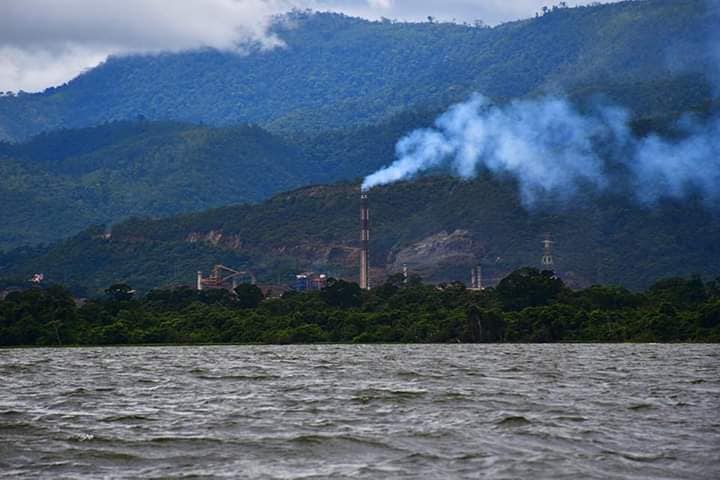 The Guatemala Nickel Company has caused massive damage to Lake Izabal, the largest lake in Guatemala.  When fishermen protested the

company’s illegal dumping of toxic waste into the lake and related ecocide, leaders of the protest were arrested and the company was not held accountable.

1) In the US: Call your members of congress

Call your members of congress and ask them to oppose the State of Prevention.  You can call (202) 224-3121 (or find contact info online) and ask to speak with your member of congress.  Sample text:

“Hello my name is _________ and I live in your district.  I am calling to ask the congressperson to oppose the State of Prevention that has just been declared in northeastern Guatemala.  The State of Prevention suspends even the most basic rights such as freedom of the press, and gives the military the power to make arrests without a warrant.  This is being done in support of mining and other extraction companies that are committing massive atrocities against the environment and indigenous populations, leaving many with no choice but to seek refuge sometimes all the way to the United States.  Meanwhile children are starving to death and the military isn’t allowing human rights groups to operate in the region. Our government must immediately end its support for the State of Prevention.  I ask that the congressperson express opposition to the State of Prevention via social media, by contacting the US State Department to express concern, and by supporting future efforts in congress to end US support for human rights violations in Guatemala.”

3) Support our partners with a donation

Consider donating to the GSP.  We are a volunteer run organization, and all funds go to our partners in Guatemala.  We follow the priorities set by our partners.  In the region targeted by the State of Prevention, systematic repression and abandonment has caused widespread chronic malnutrition and our partners have asked us to focus recently on vitamins and proteins for children, deworming medication, mobile schools and water filters. Donate via our website or write a check to “UPAVIM” and mail it to UPAVIM, PO Box 63 Marshfield, VT, 05658.  (UPAVIM is our 501c3 US tax deductible nonprofit, and also a volunteer run organization that helps us ensure all funds go to our partners)