↓ Skip to Main Content
Home › End the State of Siege in Q’eqchi’ Territory!

End the State of Siege in Q’eqchi’ Territory!

I am writing to you from the Guatemala Solidarity Project to draw your attention to repressive measures the Guatemalan government has taken recently against indigenous and Afro-Carribean municipalities in the northeast of the country and to ask for your help. On July 19, the Guatemalan government declared a state of siege in five municipalities of northeastern Guatemala, suspending basic constitutional rights, including freedom of speech and assembly and allowing the military to conduct house searches and make arrests without warrants.  The decree makes all meetings of two or more people illegal.

We would like your office to support the rights of indigenous and Afro-Caribbean communities and insist that the US government should not be supporting the repression of such communities and community leaders in any way—including the active participation of US intelligence or advisors or the use of US-donated equipment.  We and many other US, Guatemalan and international organizations are extremely concerned about ongoing abuses during this time. I am including a letter signed by over 125 organizations calling for an end to the state of siege.  This letter was published immediately after the declaration of the state of siege and would have included many other organizations if given time.

To be clear, the state of siege is completely unrelated to COVID.  Rather, the government argues that the state of siege is necessary to combat “groups of organized crime that commit illicit activities like drug trafficking, illegal migration, contraband and other acts.” Drug trafficking indeed affects communities in the region in a marked and negative way. The networks and families involved in these activities are widely known in the region and nationally.  They are not peasants or human rights defenders.  Nor have they been associated with insurgent initiatives, since, as Commissioner Iván Velásquez of the International Commission Against Impunity explained on September 3, 2019, in Guatemala drug trafficking networks prefer to exert high levels of influence within state structures, including the capture of the state through the co-optation of institutions.  By this means, they carry out all kinds of illegal actions, including acts of extreme violence, illegal land grabbing, and trafficking in illegal substances, without being sanctioned or limited by the state apparatus.

Last year the government also declared a state of siege which lasted two months, saying it was to fight drug trafficking.  It is startling to consider that zero significant arrests of drug traffickers were made during that time.

Instead, the state of siege last year and again this year has been used to limit the work of human rights and environmental organizers in the area.  Nearly all of the military actions that have been reported on during the current state of siege have been against communities that are part of the Committee for Peasant Unity (Comite de Unidad Campesina or CUC for its Spanish acronym), a historic indigenous and peasant rights organization known internationally for their work against genocide as well as for former member and Nobel Peace Prize winner Rigoberta Menchu. Many other acts of repression by state security forces have targeted communities affiliated with the Campesino Committee of the Highlands.

Our organization has had to suspend most operations in the areas subject to the state of siege, including adult literacy and nutrition programs.  This past weekend a 22-month-old child, Joselin Nohemi Coy Yat, died of starvation in one of our partner communities that is in the area covered by the State of Siege. Joselin and numerous other children in her community had been specifically identified by our health team as at risk for death of starvation and we had planned to visit in late July with medicine, vitamins, concentrated proteins and other support.  Because of the state of siege, we were unable to.  Thousands more children are at the brink of starvation, a situation worsened by this military operation and the suspension of constitutional rights.

We believe the real reason for the state of siege/state of prevention is to support the Guatemalan Nickel Company, which runs one of the largest nickel mines in Central America.  In June the Constitutional Court of Guatemala upheld previous rulings ordering the mine to immediately cease operations and saying that it had been operating illegally since 2004.  Despite the ruling, the mine continues to operate, and its illegal activities are being ignored by the military.  We believe the state of siege/state of prevention also was declared to support banana and African palm plantations which have been illegally expanding by violently evicting indigenous communities in the area.

Because of this crisis for human rights and basic freedoms, especially affecting Guatemala’s most marginalized and vulnerable indigenous groups, we have three requests for your office:

1) Ask the State Department to provide complete information regarding any US assistance for the state of siege/state of prevention, including but not limited to active participation of US intelligence, US advisors, and/or use of US-donated equipment.  We believe it is very important to know the extent of US involvement in this extreme, repressive and unjustifiable measure.

2) Communicate to the State Department your concern about the state of siege/state of prevention, and ask that the Guatemalan government not restrict the rights of human rights and environmental organizers in the region.

3) Express your opposition to and/or concern about the state of siege/state of prevention via social media.  Sample messages may include:

*The state of prevention in Guatemala harms indigenous and Afro-Caribbean communities. #Humanrights are essential in #Guatemala. #AlejandroGiammattei, end the #EstadodePrevencion.

*The state of prevention in #Guatemala violates the rights of indigenous and Afro-Caribbean communities to participate in a democratic society. The US should not be supporting this military action in any way. #Pompeo #humanrights #ddhh

*The government of #Guatemala must respect the rights of indigenous and Afro-Caribbean communities during the state of prevention. Intimidation of #humanrightsdefenders must end! #EstadodePrevencion

Please let me know if your office will be taking any of these actions, or if you have any related questions or concerns. 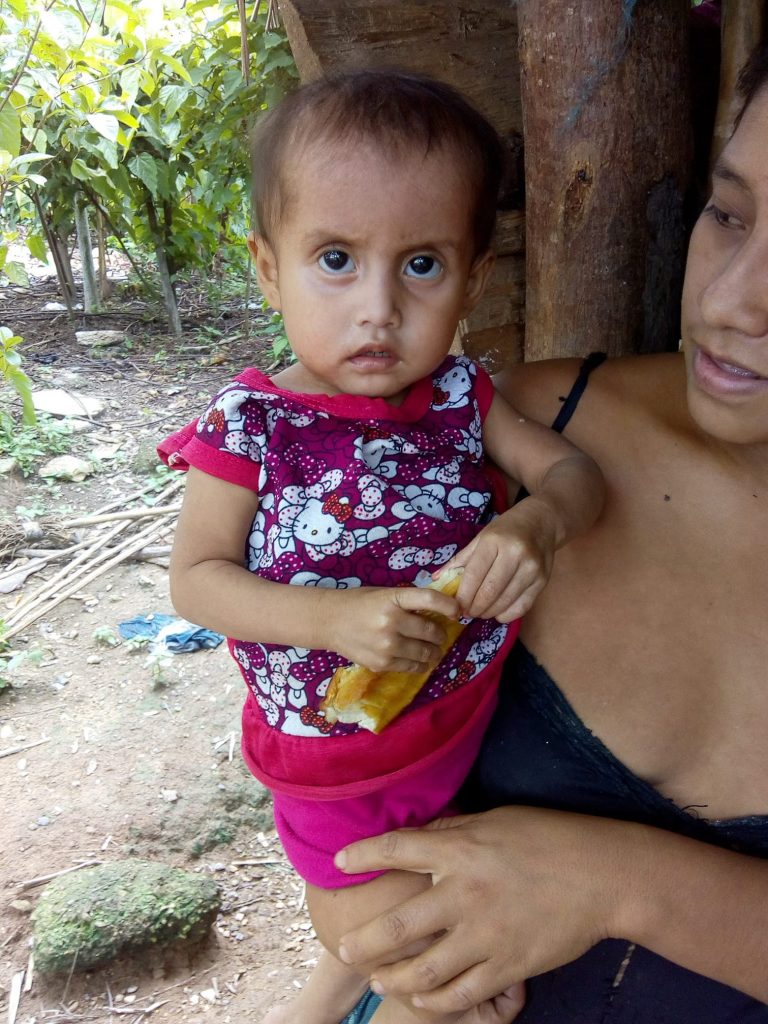