I am writing you this letter to thank you again for your support for our mobile schools program, as well as to give you an update on the progress.  I had meant to send this around Christmas as a Holiday note, but better late than never! Here are some pictures of the kids from recent months: 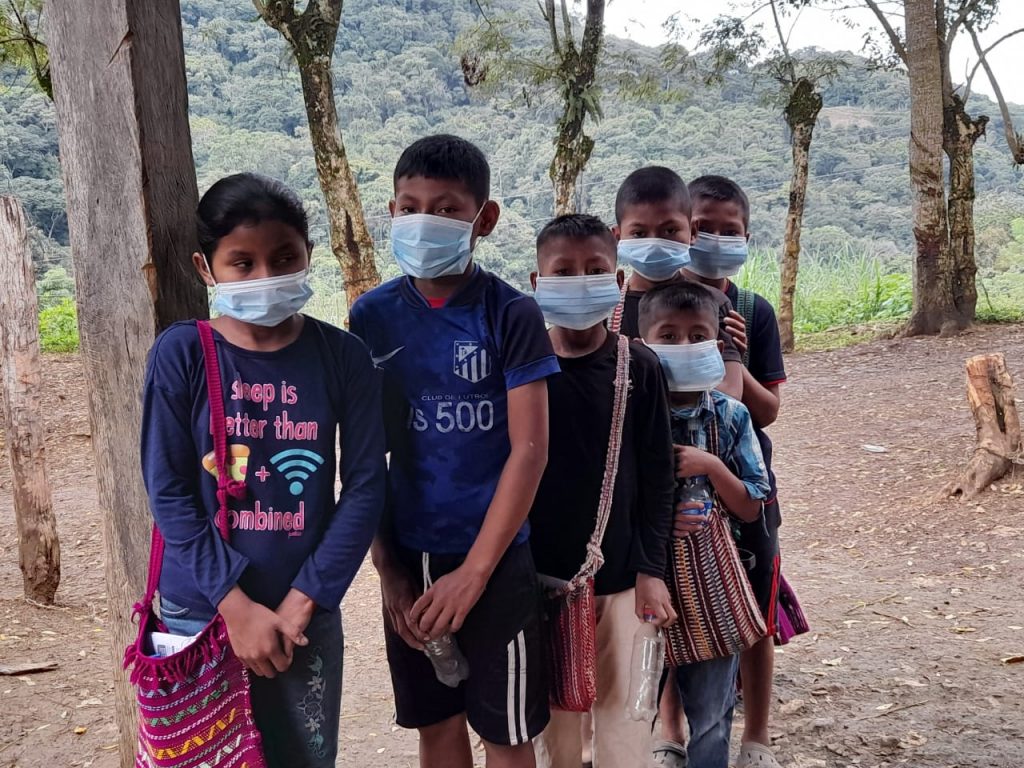 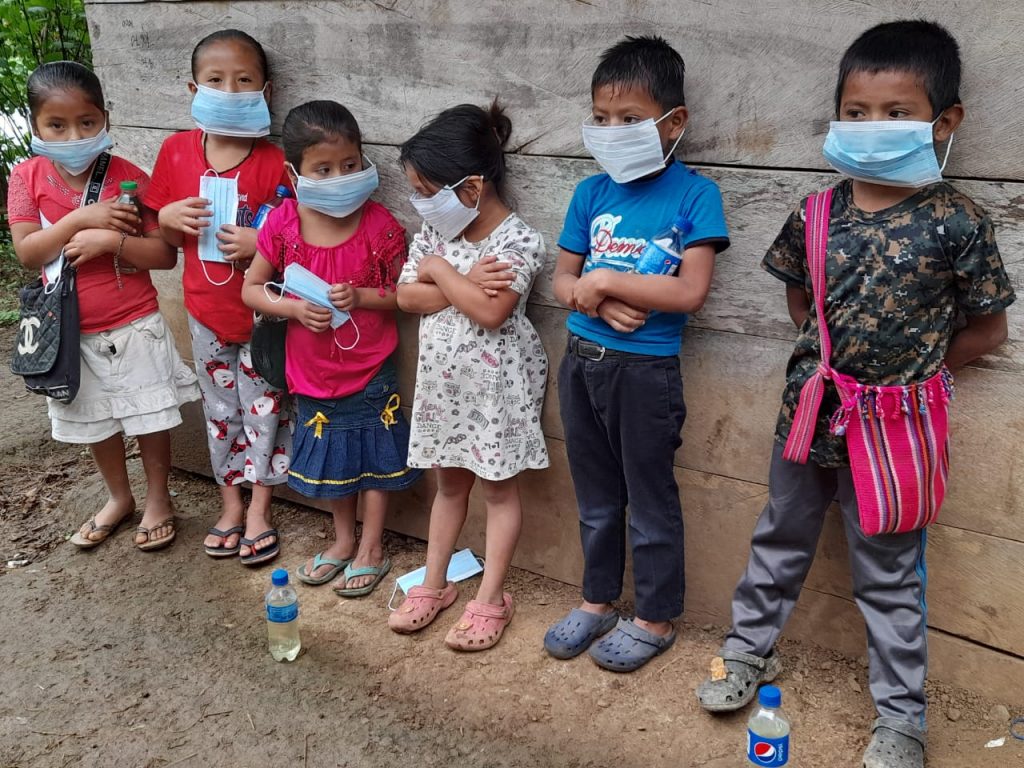 As you already know and can see from the pictures above, most of our schools are very basic and have dirt floors and makeshift desks.  Thanks primarily to you we are able to have teachers, and we have used that foundation to look for other improvements in the schools.  Recently some of the schools received donated desks: 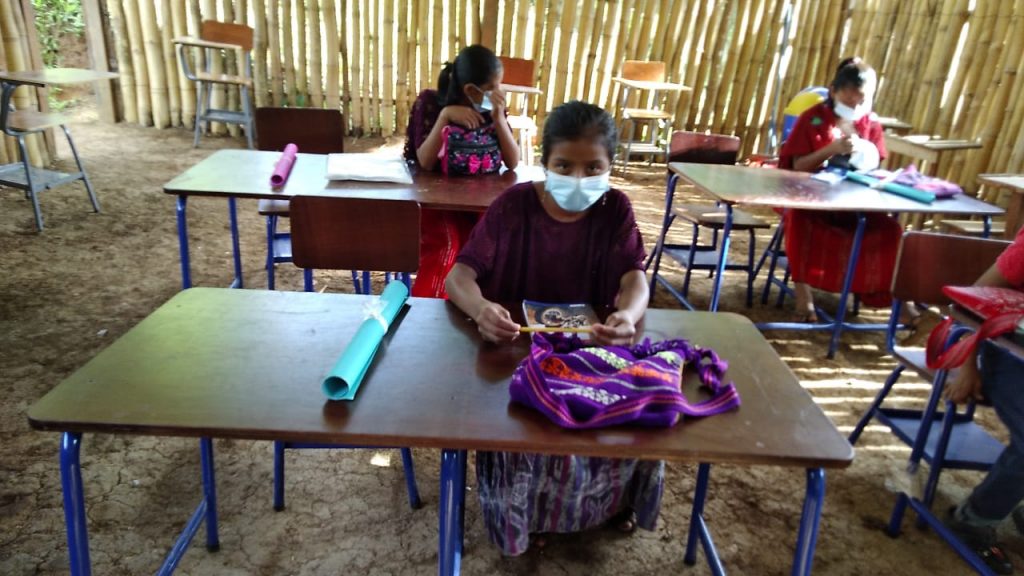 As you recall we also employ a nurse who travels to the mobile school communities.  In the past I have shown you how we have received significant quantities of donated medicines, and how the nurse also leads small medical brigades to the communities with doctors and other medical professionals.  None of that would be possible without your support.  The nurse also focuses significantly on supporting women who have been victims of sexual violence.  I wanted to share with you this story written by one of our volunteers, hopefully I can attach it in a way that makes it relatively easy to read:

This next picture doesn’t look like most, but it may be the most important picture here: 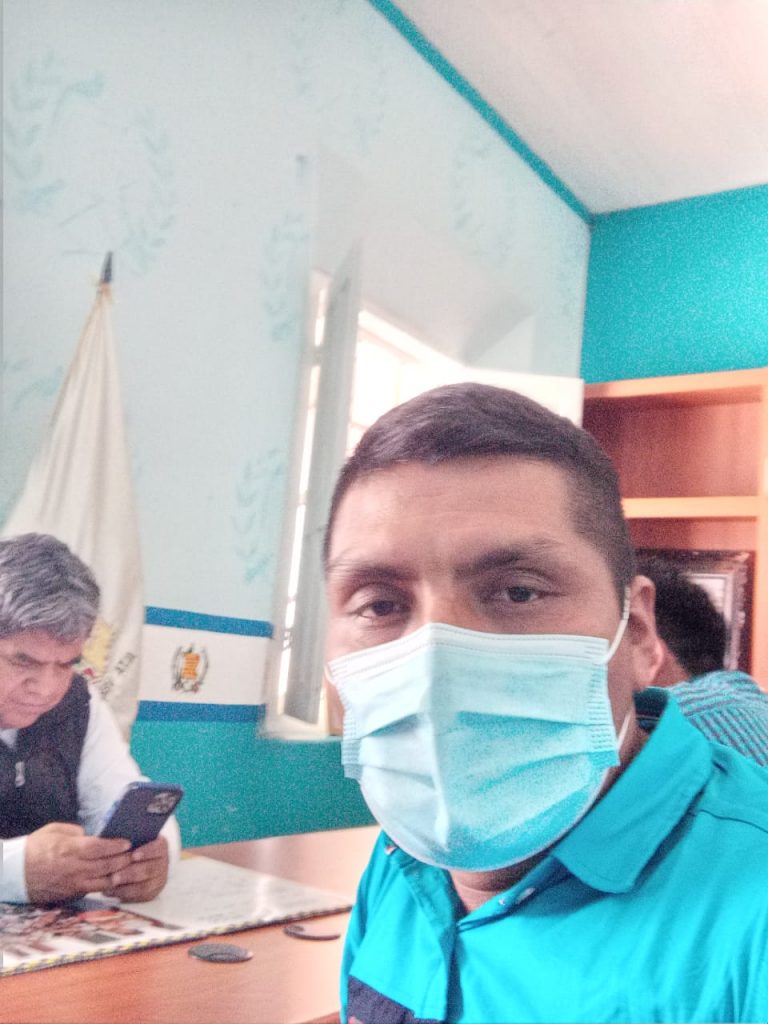 That is a picture of one of our teachers meeting with the Ministry of Education.  They signed a contract saying that if our organization funds the primary school in the community Secoyon for two more years, the government will take over in 2024 and support the school entirely with teachers, school supplies and nutritional support.  This is a MAJOR VICTORY that we couldn’t have accomplished without you!  It also may seem like a strange agreement.  If the government recognizes that there are kids who need education and a school has been built, why won’t they just provide teachers now?  And are they trustworthy when they say they will support the school starting in two years?  However this is a common arrangement that we have made several times in the past in other communities, and the government did fulfill its obligation after the two years.  I don’t think I can overstate what an accomplishment this is, and we couldn’t have done it without your support.  I do not know how many hundreds of children will end up attending this school who otherwise would not have had any access to formal education.  THANK YOU!

I will end this letter with my favorite pictures from this recent batch:

The school year in Guatemala ends in December, and these are pictures from last month of students who graduated from elementary school in the community Pancus.  What I really like about these pictures is the age range of the graduates.  I can’t imagine going back to school as an adult, learning to read for the first time, and graduating from elementary school.  Obviously there are some younger graduates here as well who now have an opportunity to continue their education.  And there are hundreds of children enrolled in earlier grades at the school in Pancus thanks in large part to your support.

What is really amazing is that the Guatemalan government will be sending five teachers to the school starting in February!  Similar to what I mentioned above, two years ago we signed a contract saying that we would pay for teachers and help run the school if the government took over after that period.  With your support we were able to do so, and now the community has a sustainable full time school that we won’t need to put any funds or resources into.  Thank you for making this possible!

I hope that you are doing well.  Again I thank you from the bottom of my heart for helping us make a huge impact on the lives of so many children.