July 30, 2020 update: Suggested actions are at the very bottom of this page.  Please take these actions throughout the months of July and August, 2020.  We will update actions after this time, or before then if pertinent.

On July 28, 2020, Mario Chun Caal of Dos Fuentes was shot in the back by private security while returning from working his fields.  Two days later he is fighting for his life in the hospital.  Community members are on the brink of starvation.  Their crops have been destroyed and they are shot at when they attempt to work their land.  On July 27, 2020, paramilitary forces attacked the indigenous community Dos Fuentes.  Community leader Jose Antonio Juc Perez was shot in the back and is recovering from his injuries.  Dos Fuentes has faced numerous attacks in recent years, connected to the illegal expansion of hydroelectric dams in the region.  On July 20, 2018, community leader Adolfo Ichich Chom was murdered during a paramilitary attack.  Despite numerous witnesses, no arrest was ever made.  On December 11, 2019, Guatemalan police attacked the community, destroying crops, stealing solar panels and other valuables, and burning down houses.  On February 14, 2020, dozens of armed men attacked the community and destroyed subsistence crops.  On March 25, 2020 paramilitaries again attacked, destroyed crops and shot a child (Isaias Ich Macz).

Here is a recent video about Dos Fuentes and the nearby hydroelectric dams:

On December 11, 2019, the indigenous Maya community Dos Fuentes was attacked by Guatemalan police and soldiers.  This act of terrorism backed by the US government was in support of the illegal construction of the Cafetal Hydroelectric Dam.  The black and white pictures were taken after the violent attack, which the government is calling an eviction.  Please take the actions suggested at the bottom of this page to stand in solidarity with the community Dos Fuentes and other indigenous communities organizing to recuperate Mother Earth in Guatemala.  This includes supporting the Chixoy International Financial Institution Accountability Act and opposing US support for the violent looting of indigenous territory in Guatemala. 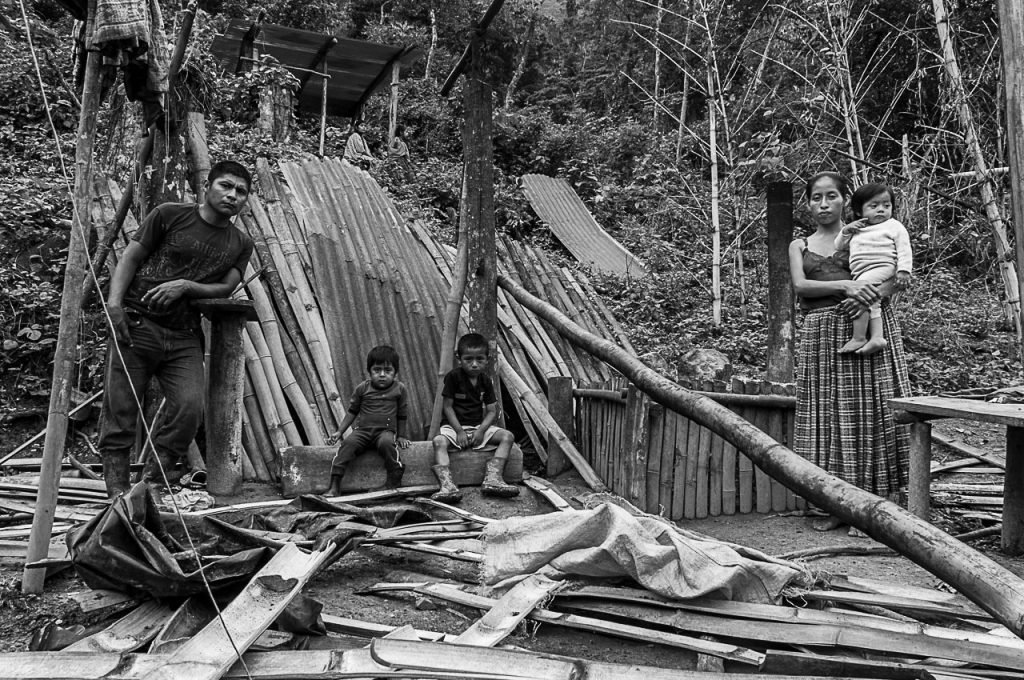 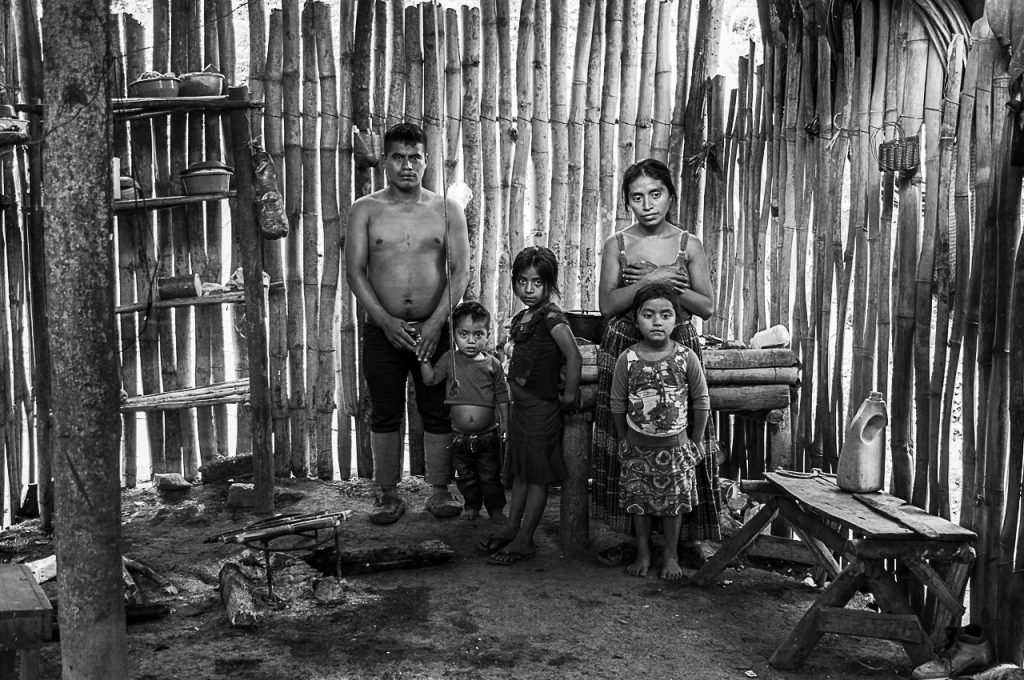 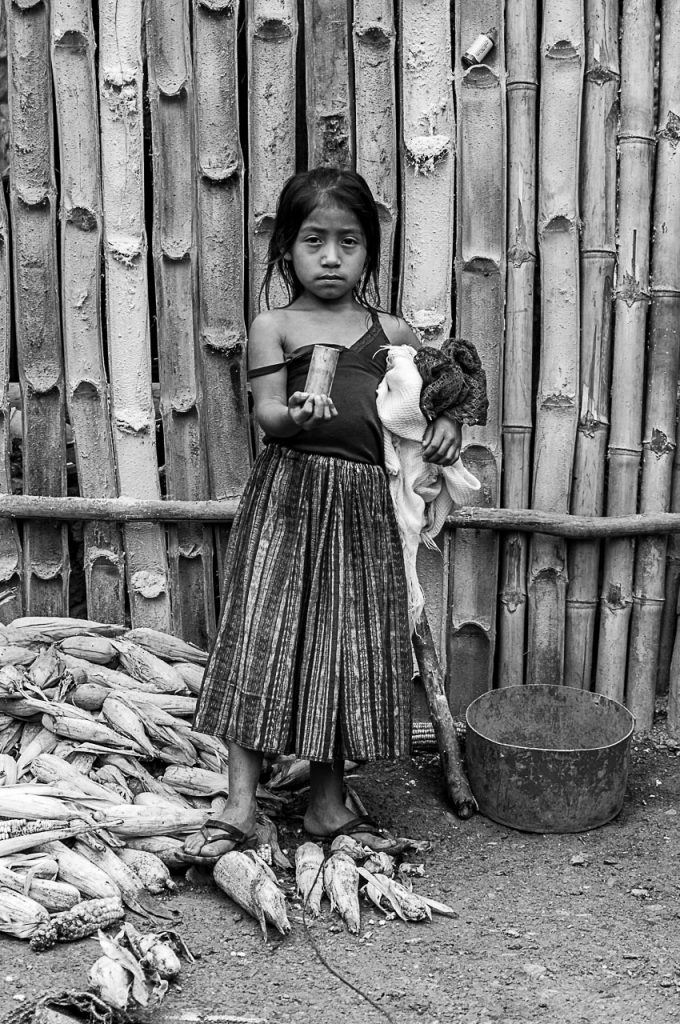 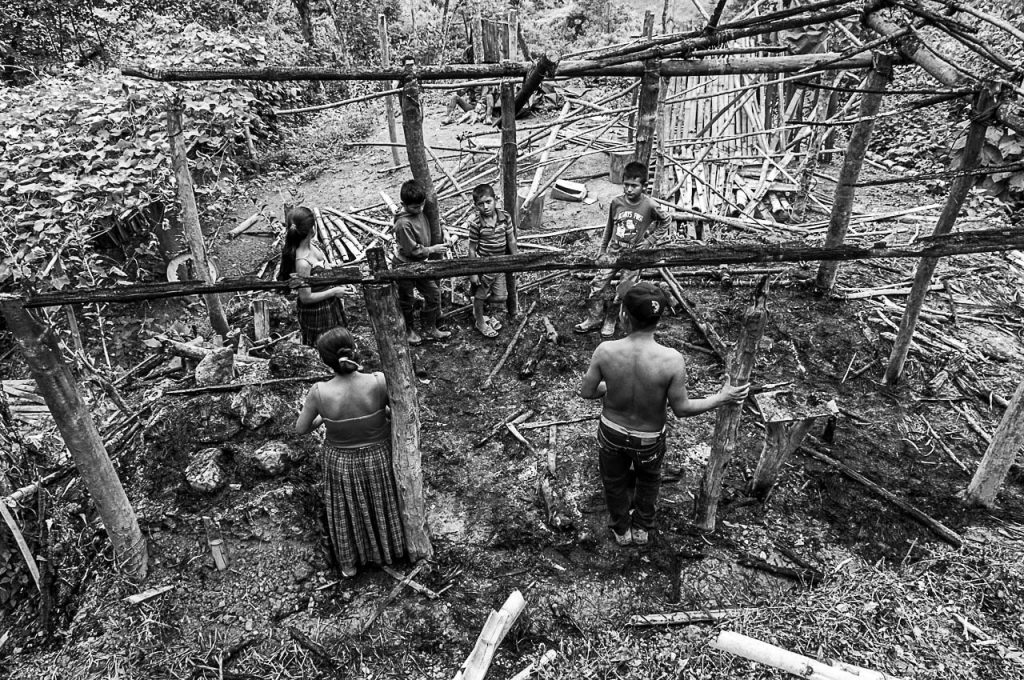 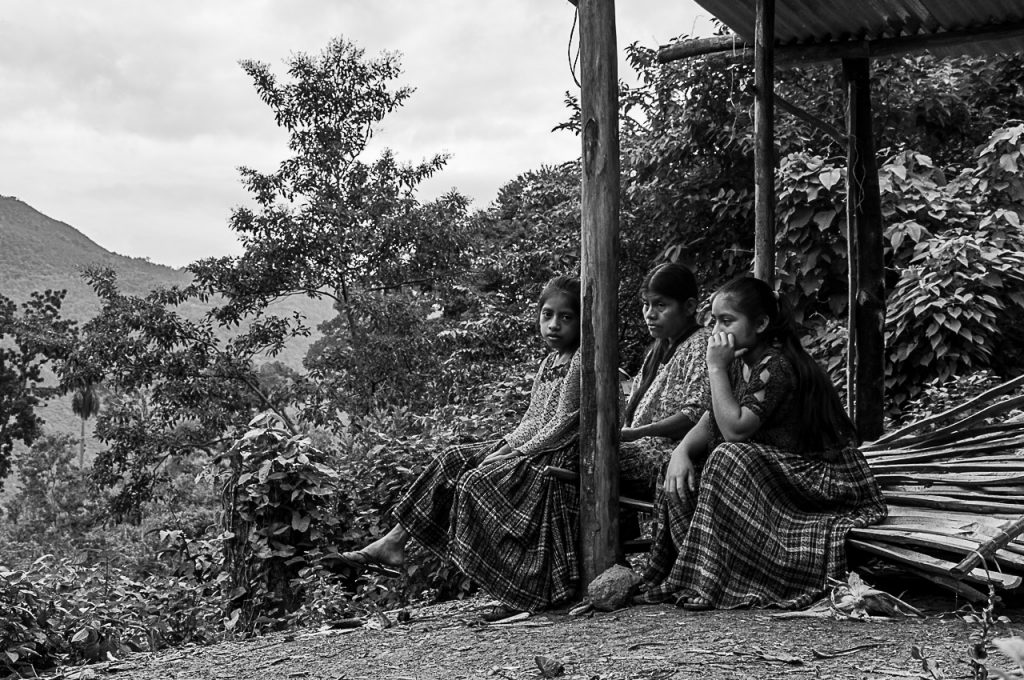 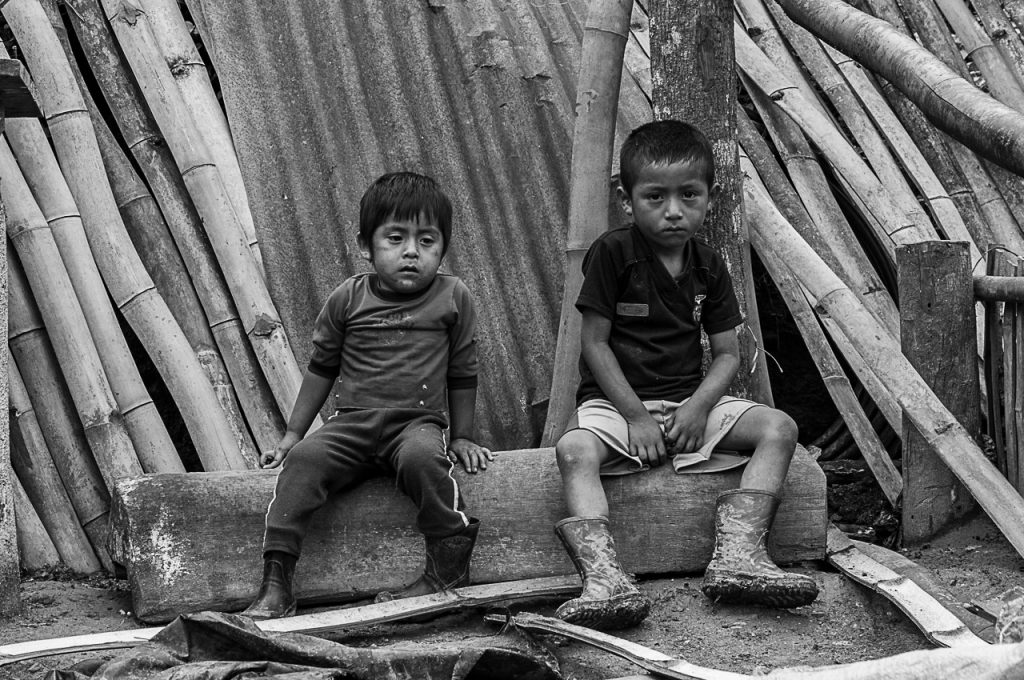 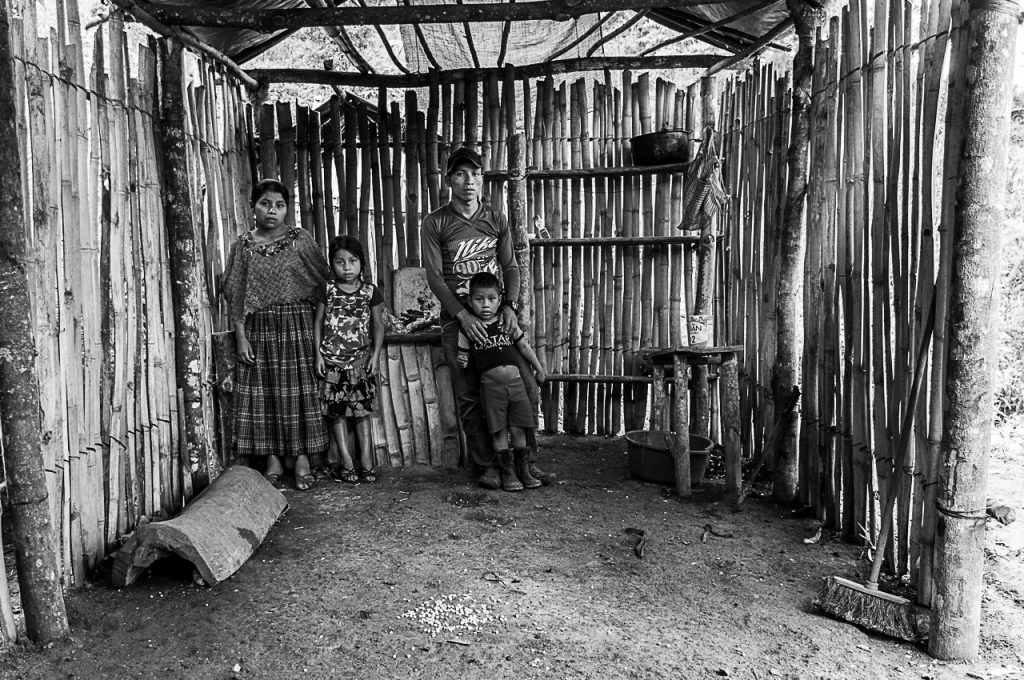 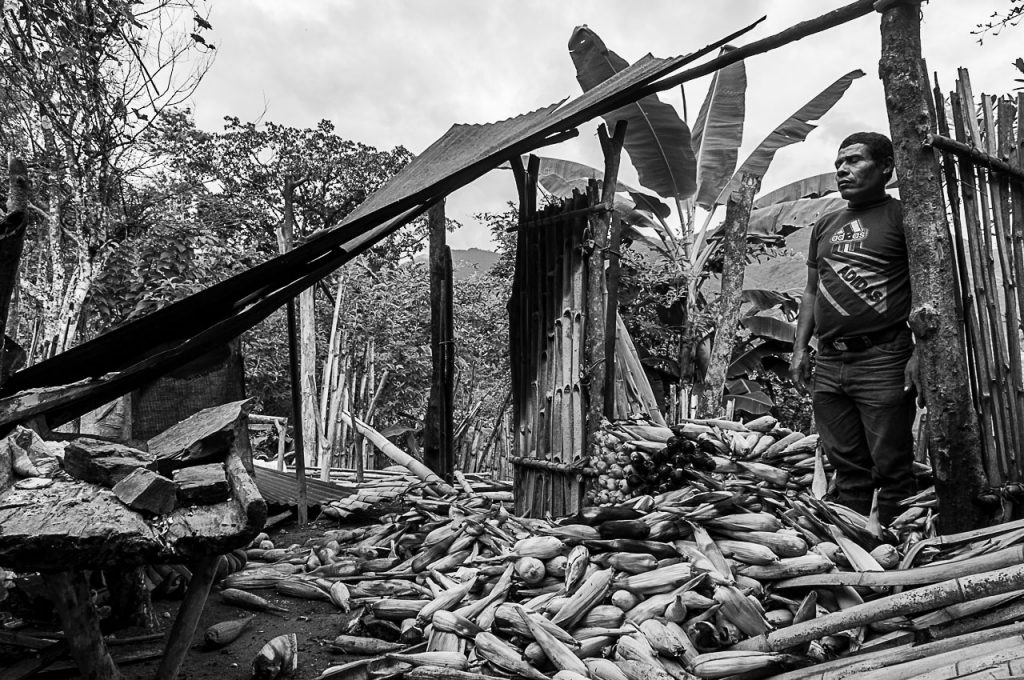 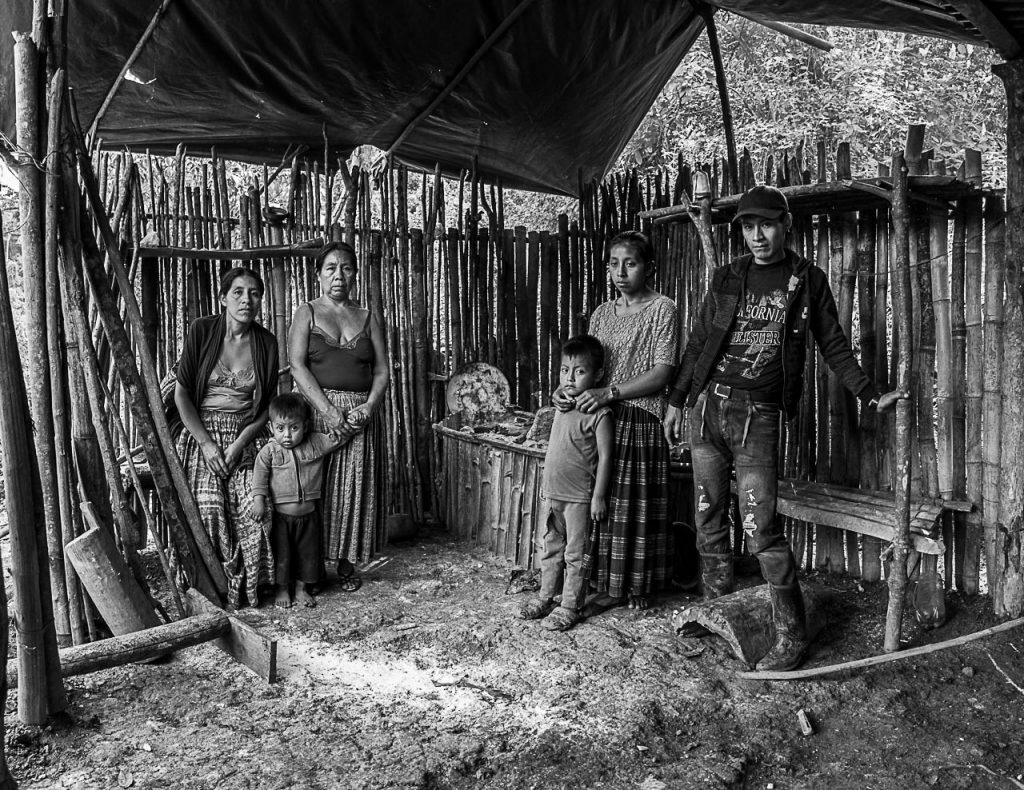 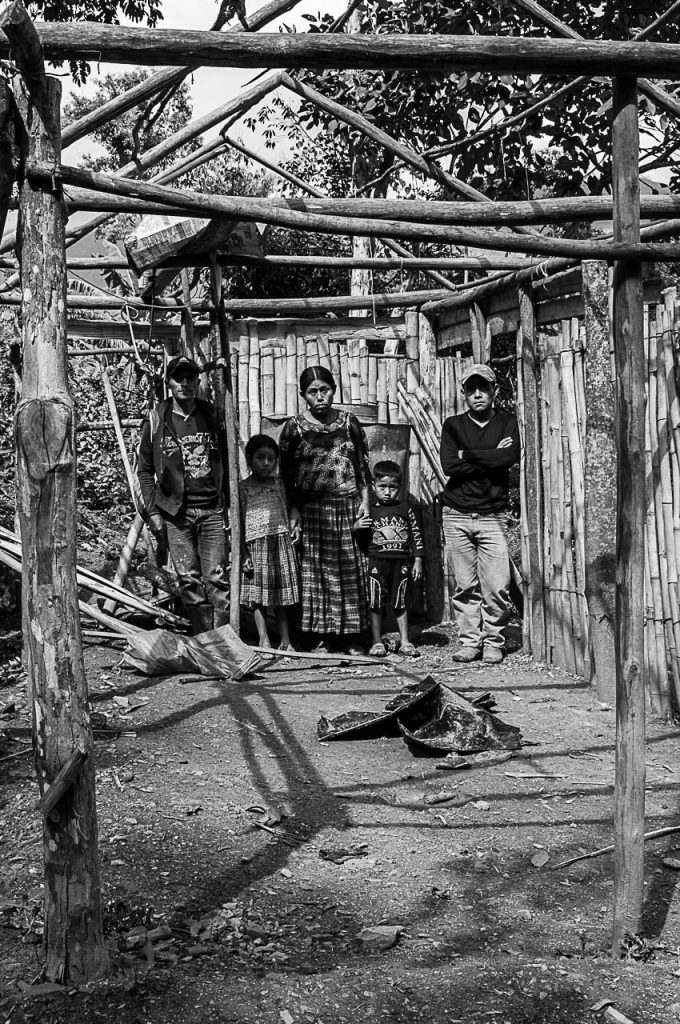 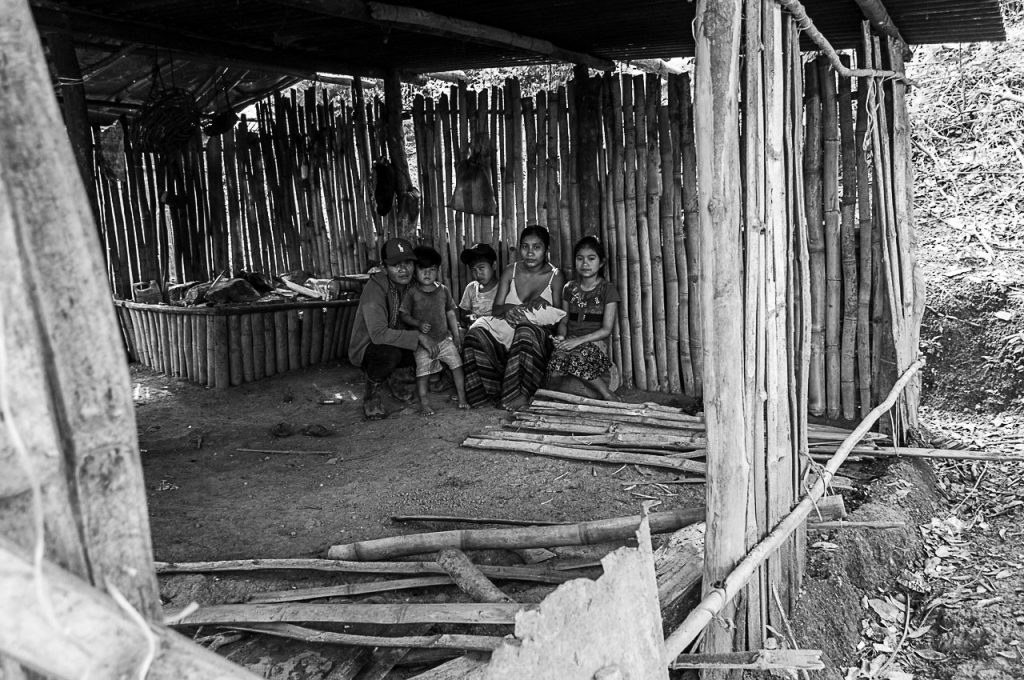 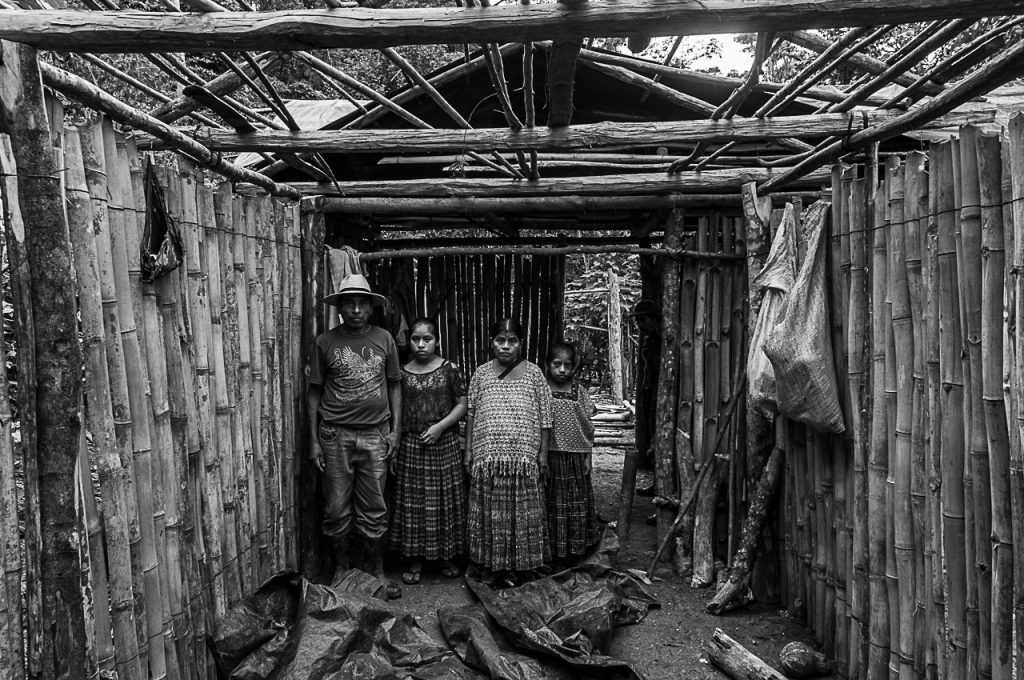 The following pictures were taken during the attack: 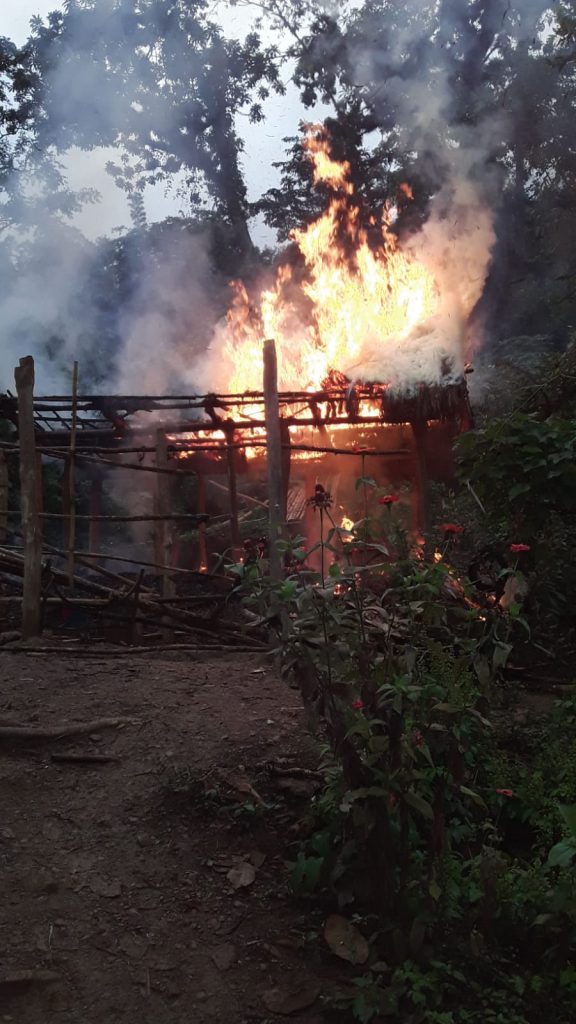 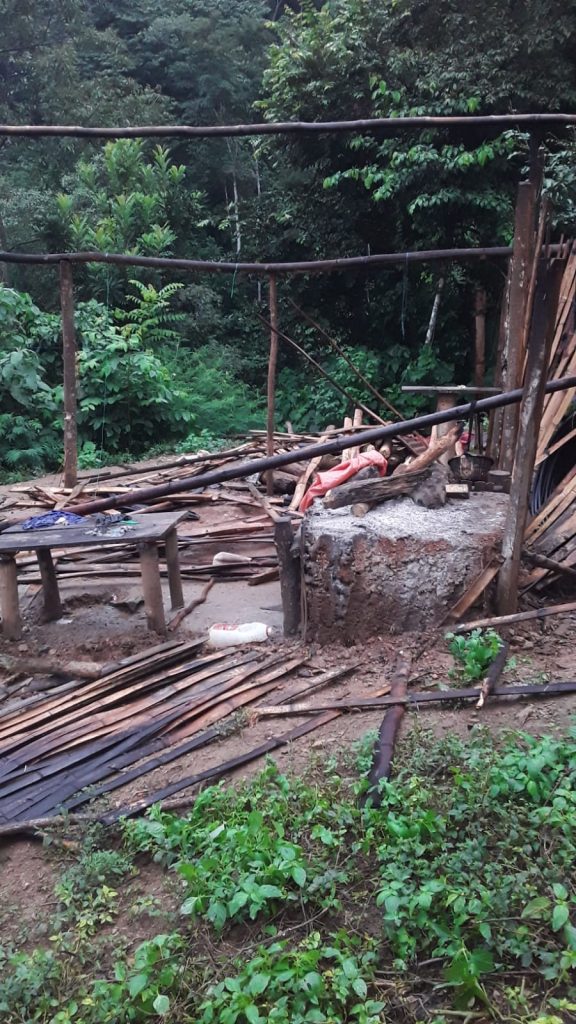 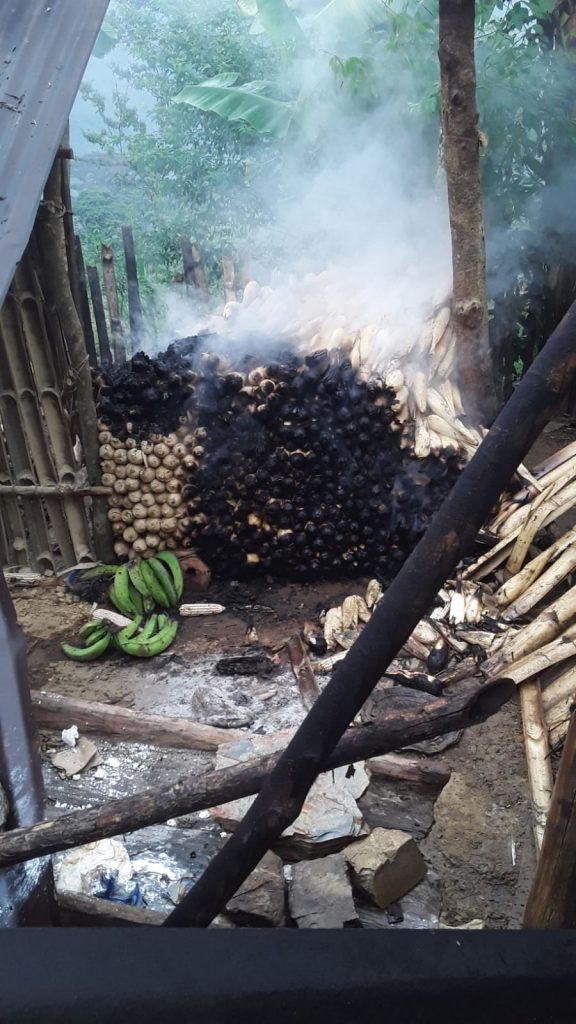 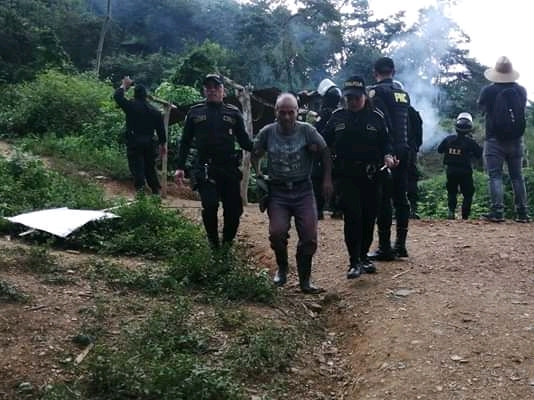 Community elder Roberto Can was arrested during the attack 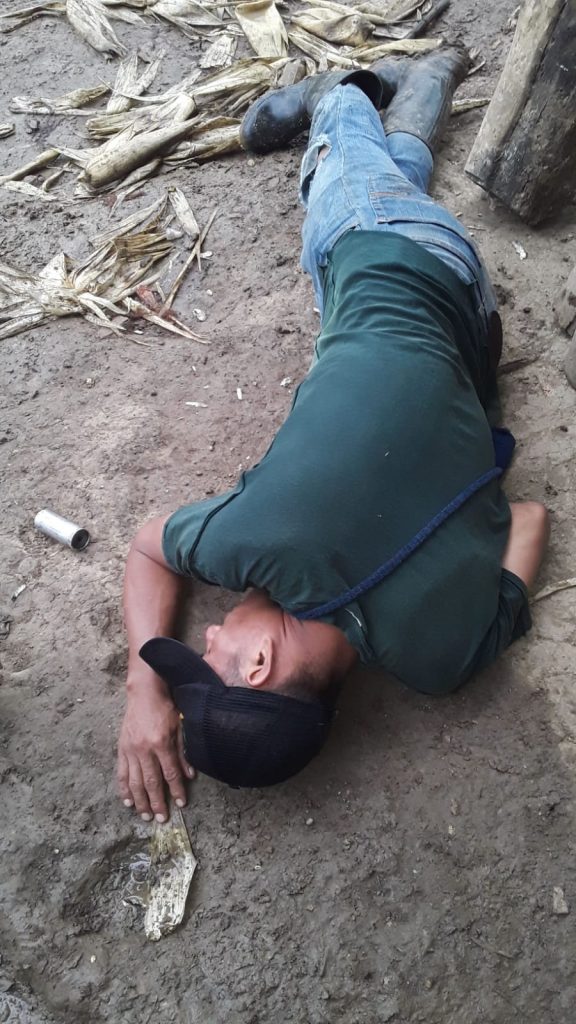 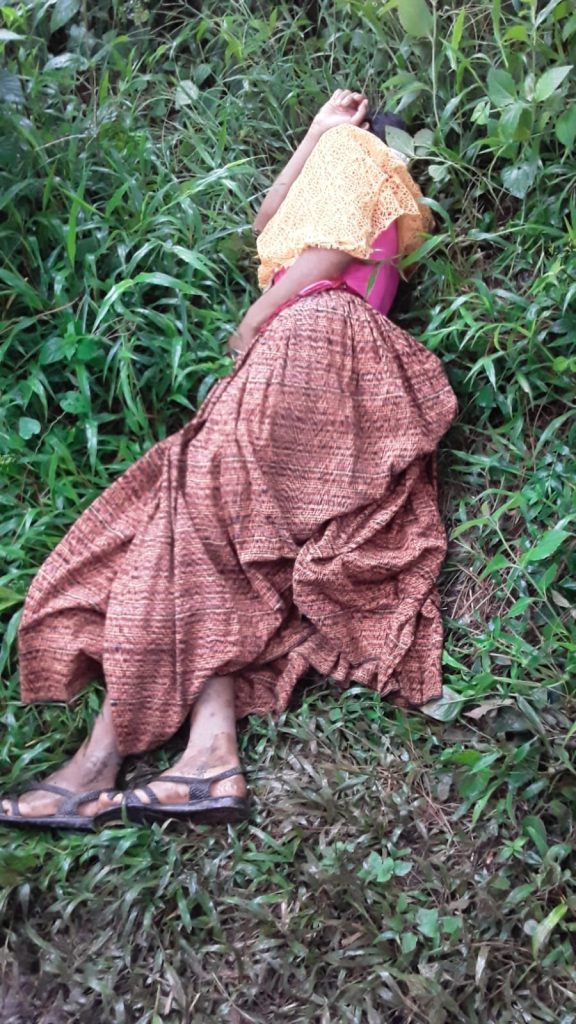 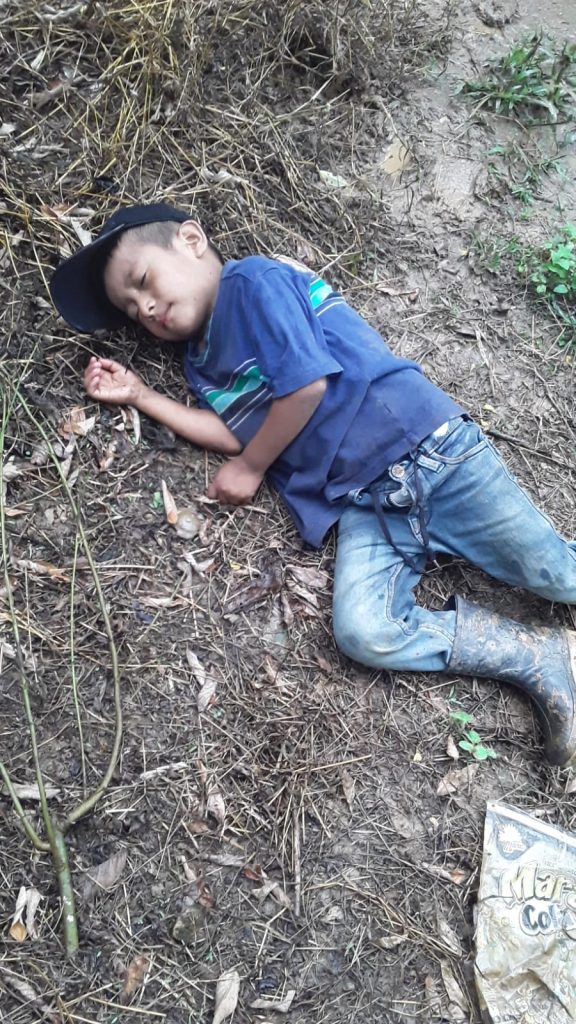 Numerous people were injured and some knocked unconscious during the attack

The Guatemala Solidarity Project is committed to working in long term solidarity with the community Dos Fuentes.  Here are some suggested actions for you to collaborate in this struggle:

1) Call and/or write your member of congress

If you are in the United States, please call and/or write your Senator and/or House representative and ask them to oppose violence against indigenous communities in Guatemala.  The US government has historically supported genocide against indigenous communities in Guatemala as part of a strategy to steal natural resources from indigenous territory.  If you send an email, please consider cc:ing us at info@guatemalasolidarityproject.org so that we can follow up with the member of congress that you contact.

Sample text when contacting your Representative in the House:

“My name is ____ and I live in your district.  I am very concerned about repeated violence against the indigenous community Dos Fuentes in Guatemala, in the municipality of Purulha.  On Monday July 27, community leader Jose Antonio Juc Perez was shot in the back by paramilitaries.  On Tuesday July 29, Mario Chun Caal of Dos Fuentes was also shot in the back.  The community has faced numerous attacks by government and paramilitary forces, including the July 20, 2018 murder of Adolfo Ichich Chom.  No one has been held responsible for this violence, which is occurring to support the illegal construction of hydroelectric dams in the region.  The only related statement that the US Embassy has made is that they want the Guatemalan government to protect the interests of investors.  I would like your office to please contact the US State Department and ask that they specifically denounce violence against the community Dos Fuentes as well as other indigenous communities in Guatemala.  I would like you to get back to me and let me know what their response is.”

Sample text when contacting your Senator:

“Hello my name is _________ and I live in your district.  I am calling to ask the congressperson to oppose the State of Prevention that has just been declared in northeastern Guatemala.  The State of Prevention suspends even the most basic rights such as freedom of the press, and gives the military the power to make arrests without a warrant.  This is being done in support of illegally built hydroelectric dams, mining and other extraction companies that are committing massive atrocities against the environment and indigenous populations, leaving many with no choice but to seek refuge sometimes all the way to the United States.  Our government must immediately end its support for the State of Prevention.  I ask that the congressperson express opposition to the State of Prevention via social media, by contacting the US State Department to express concern, and by supporting future efforts in congress to end US support for human rights violations in Guatemala.¨

(Click here for more information about the State of Prevention)

We are a volunteer run organization, and 100% of donations are sent to our partners.  Our partners also prioritize where funds go.  We thank our fiscal sponsor, the UPAVIM Community Development Foundation (also volunteer run), for helping us ensure that your contributions are tax deductible and that all funds go to our partners in Guatemala.  Click here to donate online via paypal.  To donate via check please make check out to “UPAVIM Community Development Foundation” and mail to UPAVIM, PO Box 63, Marshfield, VT 05658.  Please write “GSP” in the notes/memo section of the check.